I’m back with another tag! Again, I wasn’t tagged to do this, and again I saw it on Cátia @ The Girl Who Read Too Much‘s blog, and needed to do it. I love “Bohemian Rhapsody” and the questions are great, so I decided, why not?

1. Mama, just killed a man – a fictional character’s death that really upset you?

If you have managed to avoid reading the Harry Potter series, then SPOILER ALERT!!!! Other wise, continue reading. There were a lot of deaths in this series I got really sad about, but one in particular was Snape. He was a complex character, and he did some bad things, but ultimately, he died for someone else’s selfish need for power. That scene was so sad to me, especially when Snape told Harry to take the tears so he could fully understand the past. It just shows how much he loved Lily, because he was protecting Harry until his last words by helping him.

2. Carry on, carry on – pick a book that was hard to keep reading, but was worth it in the end?

I really liked Pride and Prejudice, however, I got really busy while reading it, and given that it’s not a super easy or fast read, this one was a little hard to finish. But it was definitely worth it in the end!

3. Sends shivers down my spine – pick a book with a beautiful spine/cover 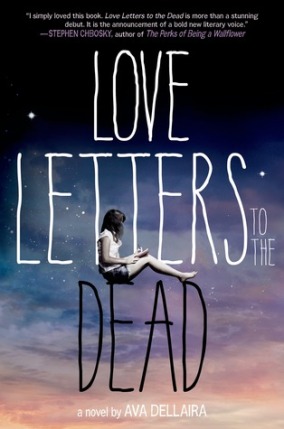 I love the beautiful colors on this cover and I think it matches the book really well. (By the way, if you like books that talk a lot about music or other kinds of media, this is a great book for you!)

4. Goodbye everybody, I’ve got to go – a book that you couldn’t finish?

Dracula. There were parts of that book I really liked, but other parts that really bored me, and in the end, I didn’t finish it. It also took me forever to read, so I just got bored of it because of that.

I don’t read very many scary books, but I read Oblivion by Sasha Dawn a few years ago, and it really scared me. It deals with murder and physical abuse, and so at points it got scary. I remember not sleeping very well the night I had finished it. Although, to be fair, I get scared pretty easily.

6. Bismillah, no! We will not let you go – which book/series do you wish there had been more of?

Pretty Little Liars! Just kidding. There are enough already, I would say that for sure. I know this is a basic answer, but more Harry Potter. Are you ready for an even more basic answer? A Marauders’ Spin-Off series. I know everyone says that, but it’s for a reason! It would be awesome! I want to get to know more about their world, because it seems so fun and all of those characters are amazing. Plus, I would be able to see some characters like Snape that I already know except younger.

7. Mamma Mia, Mamma Mia – which book/series should be made into a musical?

Love Letters to the Dead by Ava Dellaira, because it already talks about music so much, it would be fun to see them perform it live. Plus, the story line is really interesting, so I think it would make a good play.

8. The head-banging bit – which book made you facepalm?

The Waiting Tree by Lindsay Moynihan felt underdeveloped in parts and all over the place, so probably that book. There were way too many plots happening and ugh!! It was very facepalm inducing.

9. Oh baby, can’t do this to me baby – pick a moment from a book where you felt like the author was being mean to you?

There were a lot of moments during Harry Potter and the Deathly Hallows (or just the series in general), where I felt like J. K. Rowling was being mean to me, but Fred’s death felt particularly mean. The Weasley twins always made the hard parts funny, but with one of them gone, it’s just not the same.

10. Nothing really matters to me – which character(s) did you not care about?

I don’t know if this counts, because I just didn’t like the book in general, but I didn’t care about any of the characters in Matched by Ally Condie. They didn’t interest me, and felt generic. To be fair, I don’t think I got even halfway done with it, so if it got better, I wouldn’t know.

…and anyone else who wants to do this tag!

I didn’t get tagged to do this tag, but I saw it on The Girl Who Read Too Much‘s blog, and it looked so fun, I just had to do it! (You can see her post here). 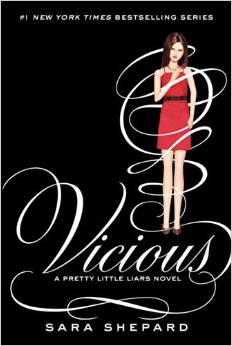 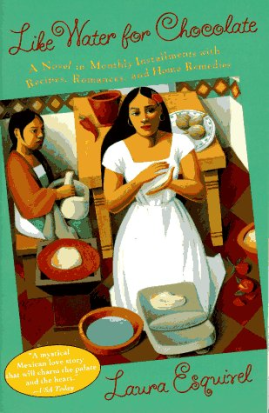 Burn: Vicious, for sure. Although I read all 16 books (16!!!), I never thought they were well written. I had fun with them, but I could live without one of the books existing. Plus, there is the first arc of the series, so if I ever wanted to re-read some of the books after burning this, I could just read those.

Re-Read: I read Like Water for Chocolate at what many would probably consider too young of an age. But you can blame that on my mother! She’s the one that told me to read it. I would chose to re-read this book, because when I read it, I think parts of the book went way over my head, and I think I would understand the book better now. 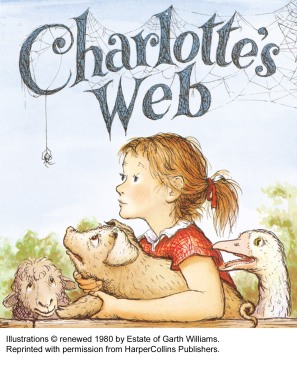 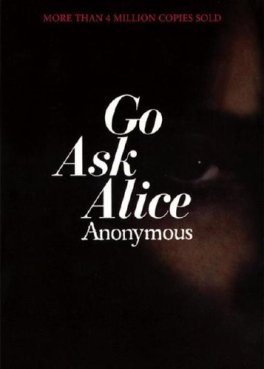 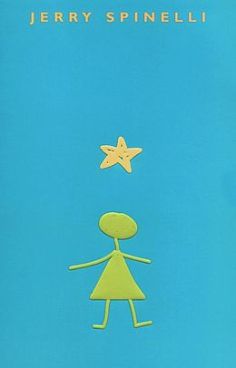 Burn: I know last round was hard, but this round is much harder. I like all of these books for very different reasons, and I don’t want to get rid of any of them! If I had to chose (which is the whole point of this tag!), I would burn Charlotte’s Web. This is because I don’t really remember many differences in the book and movie, so I would be okay with getting rid of the book. I hate that answer! But I would never probably re-read it, so I guess I would be okay with it being gone?! Not really, but this is hard!

Re-write: I really liked Go Ask Alice for the most part, but the epilogue was pretty lame, so I would re-write that. It felt like it was written for a commercial about why not to do drugs. The epilogue had little with the character, and was just a bunch of drug statistics. I would make the ending more satisfactory.

Re-read: I would re-read Stargirl, because I remember loving this book so much when I was in 5th or 6th grade, and I don’t remember really anything about it anymore. I think it would be fun to revisit and remember why I liked it so much. 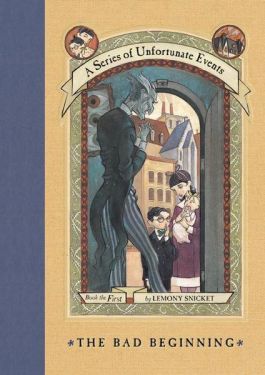 Burn: I would have to burn a Percy Jackson book?! Nooooooo! This one landed under the burn category for no particular reason. I would never re-write it, because I love it the way it is, but I also don’t see myself wanting to re-read it. (Or at least not as much as The Bad Beginning). So I have to burn it! At least I still have all of the other Percy Jackson books to read! 🙂

Re-Write: I would re-write The Golden Compass, because I liked the story and for a lot of the book, I was very invested in the characters and plot. However, there were a lot of parts that moved too slow for me, so I would re-write parts to make them more exciting.

Re-Read: I would re-read The Bad Beginning, because I have such fond memories of reading this as a kid with my mom. This book is such a fun read, so I can see myself picking it up when I need a easy and adventurous book. 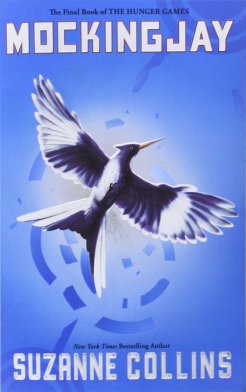 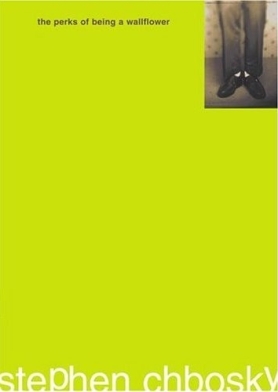 Re-write: I would re-write The Perks of Being A Wallflower. There is nothing I can think of changing, I just feel that if I dared to change anything in Pippi Longstocking, younger me would be enraged and saddened that I don’t think it’s absolutely perfect.

Re-read: I would re-read Pippi Longstocking, because it’s always so fun to re-read books you read as a kid. I enjoyed reading this so much when I was younger, and I would love to dive into Pippi’s world again. 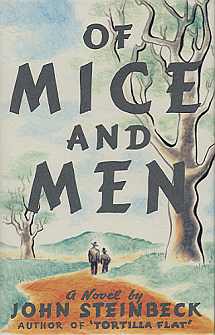 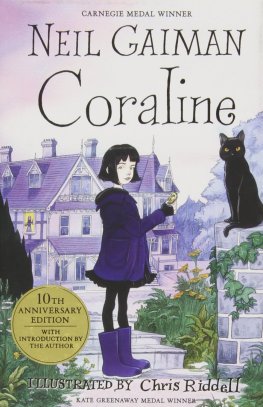 Burn: I guess I would burn Anything But Typical? I remember liking this book a lot, but this is the option I got stuck with. 😦

Re-write: I would re-write Of Mice and Men, because saying you would hypothetically burn a classic is as bad as actually doing it in some people’s minds, and I would be scared of how mad some people would be at me. Plus, I didn’t hate it, certainly not enough to burn it. But I also don’t really want to re-read it, because I don’t like it enough to do that. Additionally, I did not like the ending. At all. I liked this book for the most part, so I think I would really just change the ending.

Re-read: I would re-read Coraline, because it’s perfect when I want a creepy book. I think the concept is so weird and interesting, so I would love to re-read it, especially around Halloween.

And anyone else who wants to do it! This tag is so fun, so I highly suggest doing it 🙂

and i cut my hair
Go listen to Cheer Up Baby!! 💙❤️
boys and girls go to school
Ever since I heard Jesus from Texas by Semler, I’ve wanted to do some art based on it. I’ve always been an atheist, but my grandpa was a pastor from the age of 19 until his early 70s and is the most generous and kind person I know. He welcomed everyone to feel loved by God when he preached. The Jesus from Texas is devoid of the love that I heard my grandpa preach. I came out to my grandparents and they love me the same, because they are truly Christian. I thankfully have had a wonderful experience being authentic with those around me, but I am still wary of my father’s side of the family, who’s God does not love unconditionally.
Back to top
Loading Comments...
Comment
×